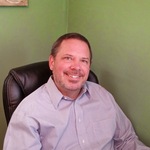 I started off as a blogger. After a few years writing a sports blog with Sporting News I was forced to find new digs when they shut down their blogging section. Intrigued by the ubiquity of Bleacher Report hits I sent them an application and was accepted as a writer in August of 2010.

One year and 10 days later I hit one million reads, more than double what I'd received in the three years of private blogging I'd done before that. I've also had my work linked by Yahoo, ESPN, Fox Sports, and the LA Times, and that's just what I know of.

I became a featured columnist after a few months and have become one of the more widely read NBA writers on B/R since then. I occasionally do write about other things, but the NBA is my main beat.

In August of 2011 I was given the opportunity to conduct my first interview and it was with none other than Dwyane Wade! That was quite a thrill for me.

In November of 2011 I begin getting paid by B/R to write for the TNT section which covers breaking news stories. Then upon the NBA Lockout ending (finally) I was moved to the NBA section.

Now I am fulfilling my life-long dream to be paid to write about sports. The definition of a dream job is being able to tell your wife, "Not now, I'm working," when she asks you to do something when you're watching the Bulls.

Writing for B/R has been great for me, giving me more exposure and opportunities than I ever would have gotten on my own. They aim to be a place where amateur sportswriters can prove their mettle and they've allowed me to do that.

As far as my sports loyalties go, I'm Chicago all the way in all things but baseball. There, I'm a Cards fan, always have been and always will be. How can that be you ask?

Well, I haven't always been in Chicago. I grew up around the world. When I was 10 years old I was living in a place (North Dakota) with no professional baseball team.I was just getting into the sport and my parents weren't into it at all. I had no natural loyalty so I decided the next team they announced on the radio would be my favorite.

Then the announcer said, "The St. Louis Cardinals lost.... And they became my favorite team. I ran upstairs to check the standings, and lo and behold, they were in dead last. Their best hitter was a guy named Garry Templeton. They traded him for a guy who couldn't hit worth a lick a month later, and thus a new era of Cardinal baseball commenced.

When I moved to Chicago in 1998 (on the very day that Phil Jackson retired) I changed all my sports loyalties to Chicago. It was just easier to follow the local teams. The one team I couldn't change was the Cardinals. There's no way a life long Cardinal fan can become a Cubs fan and I live on the North side.

Why would I want a lifetime of disappointment and discouragement?