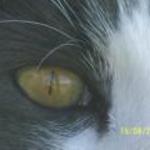 ** March 26th 2013 : I am still reading just about everything WWE related here. I refrain from commenting as I got sick of being attacked by Cena & Orton haters. I love WWE, and love discussing it with other fans, but cannot understand those who must attack and make things unpleasant for others. **

At first I followed them as a team, LOVED Edge and Christian. Slowly, not quite sure the exact moment, Christian became my fave. Not sure if anyone else noticed, but when he was E&C his wrestling pants were divine. Every week they were different and as gorgeous as Rocky's shirts. Who ever was in charge of his pants did a wonderful job. They were gorgeous. Now they have the 'C' logo but they change colours. Still gorgeous, but nothing like the early days.

I would watch every week just waiting to see what word they would create. I STILL use "rammapercussions" to this day. And people say to me "That's not the word" they have no idea that I am well aware of that I am merely amusing myself. As every time I say it I see a smiling Edge & Christian and I giggle quietly to myself. ;-)

When he left for 'the dark side' I was devastated. But I tracked down TNA and I watched PURELY for Christian. Can't tell you any storylines, or opponents, I watched purely to see Christian. I watched, I saw him and I turned off.

When he returned 'home' I was thrilled. I know no matter if it's on the mic or in the ring, if I am watching Christian I never leave disappointed.

Daff does not have any awards.