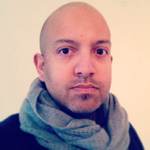 Rob is a creative writer and media manager, and now writes for Bleacher Report.

A Manchester United fan of 30 years, Rob is a season ticket holder and writes for the prestigious Red News publication - The oldest MUFC fanzine still in circulation.

Rob has appeared as a Premier League and Manchester United analyst on CNN's World Sport and has featured on The Observer and The Guardian's sports websites.

Rob is the founder of popular Man Utd website The Faithful and writes for B/R's exciting Breaking News Team, covering a wide variety of sports and subject matter.

He hopes to release his first novel in 2015.

Rob is not a member of any communities.