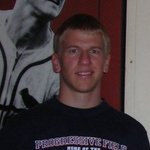 I am currently attending Cleveland State University, and majoring in journalism in hopes of becoming a sports writer/reporter in the near future. I was also a Bleacher Report writing intern during the spring of 2011, which landed me the position as a Major League Baseball featured columnist for the 2011 season, covering my favorite sports team: the Cleveland Indians.

Ever since I could remember, I always loved and followed Cleveland Indians baseball. Growing up, I would always surprise my family and friends knowing most of the players on the team. It was not hard to figure out I was an Indians fan, as I would always wear my Jim Thome shirt with the big number 25 on the back. Flash forward 20 years, and while I am an adult now, that little Indians fan is and always will be inside of me.

My journalism and writing experience are as followed:

—Wrote for my high school newspaper for 4 years as a writer and editor covering school sports and events
—Shadowed at "The Plain Dealer" Cleveland's leading newspaper
—One of 25 winners to win "Tribe Reporter for a Day" in 2008 where I met and interviewed players and coaches before a Tribe game like a true Indians beat reporter
—Employed at Sun Newspapers, "The Sun Courier" in 2009 where I covered local high school baseball and basketball teams
—Currently the Sports Editor for the Cleveland State newspaper, "The Cleveland Stater" where I also serve as the beat reporter for the CSU Vikings Men's basketball team.

I have played baseball from T-ball all the way to Varsity baseball at my high school as a 1st baseman, pitcher, and outfielder.

Hoping to one day attend a game and visit all 30 MLB ballparks, right now I've been to 8. Some of which include Fenway Park, Wrigley Field, Camden Yards, and of course Jacobs Field.

Will forever and always be a die-hard Cleveland sports fan

I am both a fantasy football and baseball freak. Ask me anything and I will gladly share my opinion on who to draft, start or sit, and of course tell you the many sleepers and rookies I like for the season.