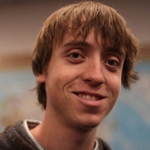 I recently graduated from Northwestern University, majoring in journalism and economics. While at Northwestern, I covered football, basketball, tennis, and women's lacrosse for The Daily Northwestern. I wrote for Bleacher Report from May 2010 through June 2011.

Growing up in the Chicagoland area at the time I did, I could not help but love the Chicago Bulls. I have fond memories of gathering around the TV and watching Michael Jordan, Scottie Pippen, and the rest of the Bulls dynasty dominate the NBA. I enjoyed my time as a Chicago Bulls Featured Columnist on Bleacher Report, writing articles that stimulated conversation amongst other Bulls fans.