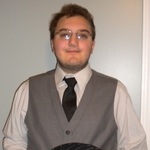 I'm a Featured Columnist for the National Football League specializing in the NFL Draft, and served as Major League Baseball FC from 2010 to 2012. I served as NFL Draft columnist for the AFC North in April 2011, and in May 2011 I covered the Horse Racing Triple Crown races.