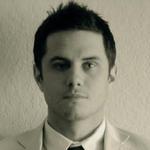 Benjamin Allbright, has been involved with the high school and collegiate athlete scouting business since 1999. He is widely regarded for his succinct, and often contrarian evaluations of quarterback prospects. He and his work have been featured on ESPN and Fox Sports Network, as well as a host of other mediums. Benjamin is proud to be bringing his work to Bleacher Report.

Benjamin is not a member of any communities.