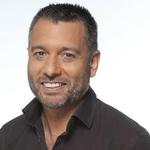 Guillem Balagué has been a regular feature at Sky Sports for 16 years as a Spanish football pundit and reporter. He has written the biography of Pep Guardiola, ‘Another Way of Winning’ (nominated for book of the year in both the UK and Germany) and ‘A season on the brink’ on the Champions League final won dramatically in Istanbul. He is the UK correspondent of the Spanish newspaper AS and the biggest Spanish radio station, Cadena Ser, and also has a regular column in UEFA Champions magazine and Football 24/7.

Guillem is not a member of any communities.