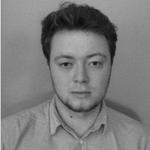 Stefan Bienkowski is an enthusiastic sports writer who specialises in German soccer. As a passionate fan and critic of the Bundesliga, Stefan has wrote for FourFourTwo magazine and corresponded as a sports reporter for the New York Times as well as featuring on the BBC, CNN and Al Jazeera.

Stefan is not a member of any communities.