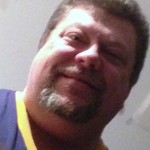 I've written 1,340 articles for Bleacher Report, in many genres and sports, and I always wrote with passion, conviction and a sense of humor. As Featured Columnist, covering the Chicago Bears and Chicago Cubs, I was often ranked as the #1 writer for those teams.

I am available for freelance work—contact me at rememberthecoop@yahoo.com. I can write about anything, especially since I recently discovered verbs.