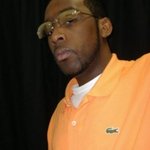 Michael O. Whittenberg, 23, and one of two NBA Community leaders for Bleacher Report, hails from the great state of South Carolina and currently resides in Charlotte North Carolina. Michael attends college in NC as well, where he recently changed his major from Computer Information Systems to English/Journalism because his love for writing; especially about sports. Once he graduates he plans to attend Grad school in DC or Dallas and continue to study Journalism.

Despite being a native of the Carolinas, he hates the North Carolina Tarheels with a passion. However, he is a huge Duke and Carolina Panthers fan and is starting to show a little love towards the Charlotte Bobcats.

Whittenberg loves and follows all sports—but shows more adulation towards NBA Basketball and he considers himself a historian of the game.

Mike started writing at the age of 10… he used to write short story mysteries for fun and his brother illustrated the “books”. As a child, he admired the writing style of R.L. Stine because he was a huge fan of Goosebumps. He is still a mystery/horror fan and loves to read Edgar Allen Poe, Stephen King, and Dean Koontz. He also enjoys biographies, autobiographies and inspirational books…particularly Joel Osteen, Hill Harper and TD Jakes.

Away from sports writing and reading, his other hobbies include gun range shooting, playing basketball, and clothes shopping. Mike considers himself a great dresser and is addicted to Lacoste polos.

Michael can be contacted through email: mike_whittenberg@yahoo.com