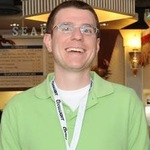 I originally wanted to be a Major League Baseball general manager. Instead, I critique them for a living.

My education and career path led me from DeSales University in Center Valley, PA to Fox Sports Radio on the Jersey Shore to ESPN Radio in Atlantic City to WNST in Baltimore to WFAN in New York to WIP in Philadelphia and Bleacher Report.

I believe in sabermetrics. Something should have told me that I was a little bit different than other kids when I was reading Bill James and Rob Neyer at the age of 12.

OBP is better than AVG, OPS+ matters more than "clutch" and bullpens can be remade with a touch of ingenuity.