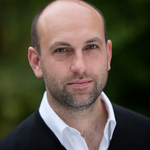 Sam is an experienced sports writer who has written for over 70 magazines and newspapers in more than 20 countries, including The Times Magazine, Esquire, Mail on Sunday, The Daily Telegraph, FourFourTwo and The Cricketer.

He was deputy editor on the Official Manchester United Magazine in the mid-1990s where he regularly interviewed the players and manager while covering the team in Barnsley, Barcelona and Brazil. He moved on to become deputy editor of the world’s leading football magazine FourFourTwo.

Sam has worked as a freelance writer since 2001 and covered World Cup finals, Champions League finals, Super Bowls, European Championships, the NBA, and the 2012 Olympics in London.

He has written several critically acclaimed books, including Manchester United Best XI, For Club and Country with Gary and Phil Neville, The Treasures of Manchester United, The Ashes Match of My Life, Victory –The Battle for the Ashes 2005, and is currently editing the Official Sachin Tendulkar Opus.

Sam has also worked as a freelance copy writer for many of the world’s leading brands including Nike, FC Barcelona, Mercedes and Carlsberg, and written the scripts for several versions of EA’s FIFA series.

Sam is not a member of any communities.

Sam does not have any favorite writers.