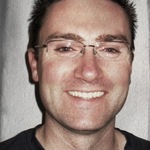 Bryan Fontaine joined the Pro Football Focus Fantasy staff in 2010 with over 10 years of experience in fantasy football leagues. He became the siteâ€™s Dynasty Editor and a Senior Writer in 2011 and now manages all the dynasty rankings and content. Bryan has helped develop several signature stats for PFF Fantasy including Fantasy Points per Snap and Targets per Pass Route Run.

Bryan is a member of the Fantasy Sports Writerâ€™s Association (FSWA). He competes in several experts leagues including the Dynasty Experts League, Pros vs. Joes, and had a third-place overall finish in the 2011 FSWA Industry League.

In addition to his role at PFF Fantasy, Bryan also launched DynastyBlitz.com with Andy Miley in 2010.

Bryan is a 2004 graduate from Southern New Hampshire University with a bachelorâ€™s degree in Sports Management.