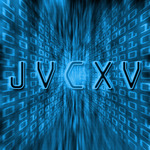 First off, I want to start by thanking everyone who has taken the time to read any of my articles. I just want you to know that I appreciate it very much.

Also, I would especially like to thank all the people who have decided to become fans of my work. The fact that people have valued my contributions enough to do this is an honor that I am very grateful for.

I have been a sports fan for as long as I can remember. The funny thing is that as the years have passed I seem to follow different sports. As a little kid my favorite sport to follow was baseball. As I grew I followed baseball less and less and basketball a lot more. Lately though, I have found myself following basketball less and European Soccer has been my sport of choice. I enjoy following the EPL along with Serie A and Champions League . Other Sports I like to follow are as follows Wrestling , MMA, Golf.

When it comes to opinions though, wrestling seems to be the thing I find the easiest to write about. I started as a Hulkamaniac, then I became a fan of Bret Hart. After the Screw-job I became less and less interested in WWE . However in 2003 some friends got my interest reignited and I started to follow wrestling a lot more than ever before, and thanks to sites like Youtube, I got to experience any of the moments that I have forgotten or missed along the way.