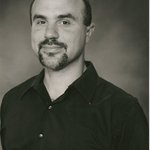 My name is Mike and I write Greg Schiano jokes for food. Long ago, I taught mathematics in suburban South Jersey. During standardized test sessions, I wrote articles for Football Outsiders and the New York Times. Eventually, schools began giving so many standardized tests that I was a full-time writer who proctored tests as a side job. So I quit proctoring tests. I covered the NFL for Sports on Earth for two years. Now I am at Bleacher Report, sharing statistical nuggets and offbeat observations while waiting for Congress to appoint a Poet Laureate in the category of Johnny Manziel Tweets. 'Cuz I like my odds.