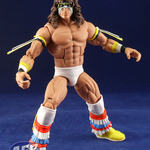 Been a Cleveland Brown fan since I came out of the womb on July 27, 1975 at Mt. Sinai Hospital in Cleveland, Ohio! Period!

Duan does not have any awards.