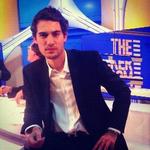 I was born in Milan, Italy and moved to Miami when I was eight. Despite the near-impossible task of getting quality Serie A coverage in the States during the mid-90s, I managed to always find a bar with my Father to watch Serie A matches every weekend. Later on in life, it got to the point where I would purposely do my University schedule around Champions League matches.

I started writing for ESPN Soccernet in 2008 and was their Milan correspondent for four years. After that I joined beIN Sport USA in Miami as a Producer and Serie A pundit. I appear once a week on Sirius XM FC as their Serie A correspondent.

Matteo does not have any favorite writers.