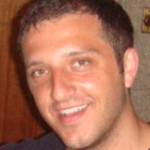 I've been a proud Bleacher Report writer since the site's early days in 2008.

At the inception of the Featured Columnist program in the summer of 2009, I was fortunate enough to be a named the first FC of the Buffalo Bills.

Since then, my tenure with B/R has included positions as a NFL Contract Writer, NFL Team Leader, member of the famed Trends and Traffic Team and most recently, a full-time NFL Beat Writer.

On a personal note, I grew up a Bills and Sabres fan. However, stealing from my former B/R colleague Nate Dunlevy "I care far more about being right, being accurate and being entertaining and educational than I do advocating a partisan viewpoint."

You can consider me a golf and NFL draft devotee, as well.

I'm a Pro Football Writers of America member and a staff writer for ThisGivenSunday.com.

Want to talk further about a column? E-mail me at Chris.Trapasso@gmail.com