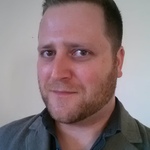 Writer, editor. Portfolio includes work for The New York Times, the Mirror, Goal, ESPN, Sportsnet and Talksport, among other outlets. Author of "We Call it Soccer," published in 2010.

Jerrad is not a member of any communities.

Jerrad does not have any favorite writers.