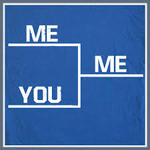 A huge NYY fan, Baseball & Football enthusiast. Yes... I'm from the states & I call "soccer" football...I try to be respectful on this site...I feel everybody's entitled to their own opinions...

Benny does not have any awards.