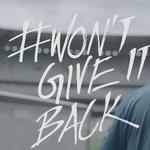 "Float like a butterfly, sting like a bee,the hands can't hit, what the eyes can't see"- Muhammad Ali

“Sometimes the Bible in the hand of one man is worse than a whisky bottle in the hand of (another)... There are just some kind of men who - who're so busy worrying about the next world they've never learned to live in this one, and you can look down the street and see the results.”

I am an avid Arsenal supporter, a die-hard fan of the Indian Cricket team, and a guy who loves boxing. I love political debates, debates on world politics etc. So feel free to talk to me about them. I have been called the "Damien Sandow Of BR". I am also a part of the Golden Horde along with Fatir Naeem.

I do not agree with what you have to say, but I'll defend to the death your right to say it

The B/R Catalogue
1. Some parodies tend to act as if they have Dissociative Identity Disorder.
2. Whenever you criticize WWE Creative, someone will say " Russo,is that you ?".
3. Some people ask for likes in the comment section . Bleacher Report is neither Facebook nor Youtube.
4. A comment has 1 like. You like the comment and it magically gets 20-30 likes. Logic Go Home.
5. Seth M. Guttenplan will always finish his articles with the words" Sincerely, Seth "
6. Two Face changes his profile names faster than a girl changes her clothes. Suspect's earlier names- Two Face, Sheamus O' Shaunessy, The Mental Mastermind, The Copperhead, The Great Copperhead, The Mastermind, Sheamus, Raw is Jericho, Yeah Yeah Yeah, Corazon De Leon, Feels Good To B. Roode. Feels Great To B. Roode, Two Phase and The Phizog.
7. *Advertisement Starts* Need a new profile picture ? Tired of Googling a good propic ? Don't worry, CM Mox is here. He will suggest you the best profile pictures which guarantee words of appraisal by the whole community. Offer lasts till Mox is on the site. Conditions Apply *Advertisement Ends* ;-)
8. Some people write their bio in third-person. Big mystery who has written them.
9.The Comments Section of the Doc's Raw Coverage is ALWAYS messed up.
10. Don't log in for one day. People think you're dead.
11. One of TwoFace's earlier names was C Man. If you know what I mean.
12. So far, there have been 7563618304816368361548 Zack Ryder articles. A miniscule number compared to "When will Cena turn Heel ? " articles.
13. Why do so many people think that ViperKat is a guy ? O.O And the same goes for people who think that Daanish is in his twenties. :D
14. . "Big Nasty is now proud to call himself an active member of The Bleacher Report community and hopes this community is equally as happy to read his material." Yeah right, we are very happy to read your work.
15. Chinmay re-applied to write last month. He got rejected. *Epic Facepalm*
16. Most of the people here, use the site as a public forum, rather than as a sports site.
17. There is an AGE CRISIS in the community.
18. Seth M. Guttenplan ALWAYS has a plan.
19. No one will forget the Great Nicole S. Scandal of 2013.
20. The community was in a state of war. Belligerents- Team Heel, Team Shekie, The Burial Squad, Matt Rogers, Daanish Riaz and Team Troll. Updates on the war- In an act of cowardice, II has ingloriousy left the battlefield after negotiating a truce with the valiant but somewhat of a pervert, Heel 4.0 The Circle's forces have compelled Team Troll to beat a hasty retreat. VICTORY TO THE CIRCLE !
21. Try and find a Bulletin Board without the words "care for a fan add" . You can't.
22. Dyro's favorite word is "m8"
23. When you go to Sports Lover's profile… DON'T be blinded by the flash of blue.
24. Fasih Naeem's head is so thick that no idea can violate it.
25. Parastou Zadeh's shirt is more over than anyone in TNA.
26. Go to Heels Of Wrestling's profile and tell him that wrestling is not a real sport. And wait… just wait.
27. Daanish Riaz thinks that he's Deadpool but in reality, he hides his childhood ambition of being The Incredible Hulk.
28. Olli Seppala's dog takes him out for walks.
29. "Explicit HEEL Violence". Name of a BR Tag Team or a hardcore porn movie ? O.O
30. "You know its Dan Riaz (Daanish) if there is a question mark after a statement"- HEEL 4.0
31.
32. Lil' Ray-Ray Jr. headbutts people with his skull. O.O
33. The name is "Fandjango". The J is silent. ;-)
34. The name is Rafeal Phoenix. Not Rafael Phoenix. Get it right !
35. DYRO won't pick up the sprinkles. (Contact A-Ry for the joke)
36. Julia 316 is pregnant. Congratulations are in order. Ryan Lauro thought that she was a boy. Community Leader... trolled.
37. They say that Jack Swagger is the Real American...Then I wonder why Alaska is missing from the map of the United States on his shirt.
38. CM Mox prefers PES to FIFA !!!!!!!!!! https://pbs.twimg.com/media/B8WkWStCIAI1irU.jpg:large
39. Nicole's father has acted in "Apocalypse Now" !
40. This list wouldn't have existed if not for Rafa Phoenix, CM Mox and Daanish Riaz.
41. Heel thought that CM Mox looks like Windham Rotunda. O.O Heel's brain works in mysterious ways.
42. People on B/R are going mad. Everyone has put up a profile picture of either AJ Lee, Eve or Paige.O.O
43. Does no one except Mox and Daanish watch Game of Thrones here ? O.O
44. Contrary to popular belief, history's best last stand wasn't the one made by King Leonidas as shown in the movie 300. Leonidas had an army of 7,500 while the Persians had one of nearly 1,00,000 men. The best last stand in history is that of 21 Sikhs at Saragarhi versus 10,000 Afghans and the Battle at Longewala, where 120 Indian soldiers defeated more than 2,000 soldiers. Sorry Mox. :P
45. Mario Balotelli
46. A friendly advice to all the guys here. Stay away from Black Widow. XD
47. Riyan thought that ViperKat is a man. Well, Ryan Lauro had thought that Julia was a man. Hmmm, their names have a resemblance and so do their activities.
48. Tell Karan Athrey(Karan-the S.E.D.) that his name sounds like that of a woman. :D
49. Nearly EVERYONE made it to Abz's bio. XD
50. The guy who attacked Randy in South Africa was fined 500 Rand. Hmmm.

"Beneath the helmet, under that unruly curly hair, inside the cranium, there is something we don't know, something beyond scientific measure. Something that allows him to soar, to roam a territory of sport that, forget us, even those who are gifted enough to play alongside him cannot even fathom. When he goes out to bat, people switch on their television sets and switch off their lives"- BBC Sports, on Sachin Tendulkar

23/12/2012-Sachin Tendulkar retires from One Day Internationals. The Greatest quits. Now I know why the Mayans said that the world would end in 2012.

The year was 2003. Shoaib Akhtar had broken the record for the world's fastest bowler after bowling at a speed of a little over 161 kmph. Some days later, he was playing in the India vs Pakistan match. Akhtar was continuously bowling bouncers to Virendra Sehwag. Akhtar was sledging him, and taunted Sehwag to hook his bouncers. Sehwag replied-" Udhar Non-Striker End par tera baap khada hai, usko bol yeh" (Translated- There, your daddy is standing at the non-striker's end, taunt him". Akhtar taunted the other batsmen, and bowled him a bouncer, which went straight for a six. That batsman was Sachin Tendulkar.
Sehwag chuckled and said "Baap baap hota hai, beta beta hota hai". ("A father is a father, the son just a son")

A Greek went to an Indian sage's hut. The hut had nothing inside except some fruits. The traveler said -
"Why don't you keep furniture and other items in your hut"
The sage replies,"Why don't you carry around your furniture etc. with you ? "
The Greek says-"Because I am a traveler"
The sage replies,"So am I".
Its basically about how our existence is temporary in this world.

Shah Ransh does not have any awards.