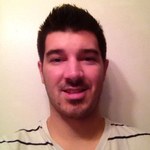 Hello all, my name is Tre'. I am a Catalan-Basque descendant living in United States, though my blood stands out above all else. I grew up on Spanish futbol and am a religious follower of FC Barcelona, Athletic Club Bilbao and La Roja Football. However, I love every club in Spain from the first division to youth leagues and it is my promise to always deliver unbiased articles about every La Liga club. So if ever you perceive bias in an article, call me out! I also love supporting my UNC Tarheels, Pittsburgh Steelers, and all Boston area teams. When I was a kid I flew for the first time to Boston with my family and have loved Beantown ever since. Currently, I am completing my senior year of College and plan to move back to Barcelona or Bilbao after grad school to teach English and continue my career as a professional sports writer.

I am also the Basque expert and a La Liga news writer for InsideSpanishFootball.com. Also contributed to Counterattackingfootball.com and LovelyLeftFoot.com