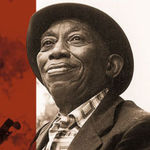 Filling out a bio is not my thing, which in itself tells you something about me. Thanks for wasting four seconds of your life reading this.