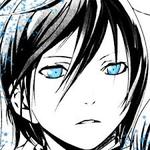 Finely, RAYducation Time has come back, to, B/R!

I feel like I'm forgetting some but I'll leave it at that.

(I don't have a rich knowledge of managers)

If you would like to read my internet wrestling show, The RAYlight Reel (which I conduct with some friends), shoot me a message! You may find yourself highly entertained. It's Bleacher Report's version of professional wrestling (except..it's Microsoft Word...lol)!

Lil Ray-Ray Jr. does not have any awards.