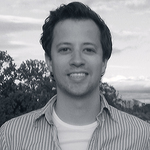 Hi, I'm Jon - a freelance sports broadcaster based in London.

A keen sports fan and journalist, I developed my skills in the Student Media department at Loughborough University, winning awards writing for writing in the Students' Union magazine. I also became the Union's Multi-Media Editor after graduating, taking the reins at the heads of the magazine and broadcasting wings of Loughborough Students' Media for a year.

I then undertook a Masters degree in Sports Broadcast Journalism at Staffordshire University, learning from some of the industry's top professionals.

My career has taken me into sports production and I now work at Input Media, producing on contracts such as the Champions League, the FA Cup and Roland Garros.

Aside from my personal twitter feed below, I also have a Sport Rumours feed which has gained over 10,000 followers - you can find it at www.twitter.com/sportrumours.