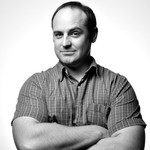 I have been a fan of professional wrestling almost my entire life. My earliest memories include watching the buildup to the first WrestleMania! It has been a dream come true to be able to write about the greatest sport in the world.

I came to Bleacher Report in September 2012 and was fortunate enough to become a Featured Columnist in October 2012. I am grateful for the opportunity to be here and am equally thankful to all of you who made my articles a success.

I have also been a writer for as long as I've been a wrestling fan. In the sixth grade I started my school's first writing club. I've worked for Parade Magazine and Better Nutrition Magazine and my articles have appeared in TUSK, Victorian Homes and Romantic Homes. My celebrity interviews include Maureen Taylor and Wes Cowan of the PBS show, History Detectives.

If you look real hard, you might be able to find some of my work on eHow and About.com.

My article about Thomas John Barnardo for Victorian Homes Magazine was nominated for an Amy Foundation Writing Award.