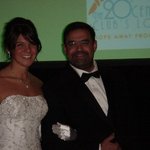 College football is a great way to pass time and I love the passion, finesse and violence. With that in mind, I try to keep it all in perspective. I used to love to listen to Rivals Radio (Bill King), but his show is repetitive and boring, especially in the off season. Only read the paper for sports and absolutely love the Crimson Tide. ESPN, SI and CSS are staples.

Times were tough following the Stallings era but Nick Saban is the perfect fit for Alabama and kudos to Mal for a good choice. Having had back to back undefeated regular seasons, Alabama is on a roll with Saban in control. 2010 was a bit of a let down but all was not lost. He proved it in 2011. Lots to look forward to in 2012. An unprecedented 14th National title was a welcome addition to the Bryant Museum trophy case in 2012.

The buzz in Tuscaloosa is all good looking forward to 2012. Once again, the football players are some of the best in the nation at every position. They respond like true student athletes, working hard in the classroom as well as on the gridiron. This 2011 defense was the best Alabama has ever fielded, incredible game against LSU in the BCSCG. Strength and depth at every position.

Their success through the Saban process is infectious across campus sports, affecting every venue. He had brought pride back to the Capstone. Alabama football is once again relevant, nationally.

Aside from Alabama, I keep up with the Atlanta Braves, NE Patriots, Baltimore Ravens D, Peyton Manning fan (Eli too) and all SEC competitions. I will even watch a swim meet or tennis match if it is SEC. My wife loves tennis so I suffer through many tournaments. Do enjoy the finals, particularly the Opens and Wimbledon. My daughter is on her way to college, if you know me, you know where she is headed. she is for sure one of the real joys in my life. My son is a musician and gamer. He jokes often of my Bama passion and obsession with BR. We have a great life and love the Lord.

Oh, BTW, have a friend in ATL named Babur Kilic. If you know him, don't hold it against me. He is a real kick in the pants, that one. I am blessed with many friends across the southland. We pull hard for our respective teams and have a beer together when it's all over. Afterall, it's just a game!