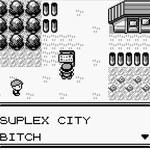 *Credit to Ryan L for the profile picture*

After taking close to a year long hiatus from B/R I'm back and I'm better then ever. What a better way to kick off a return than a bio rework? Well, maybe I can name a few things, but this way is totally within the rules and stuff so that's what I'm gonna do. Sorry guys, can't open the gates to dick pic city here. I just got back and getting banned isn't something I really want to do right now. Maybe someday though....

Here's some quick stuff about me. I like baseball, basketball, football and pro wrestling. I have an opinion about almost everything involving those subjects so if you want to talk just drop by and ask me something. I enjoy playing the sports listed above even though I'm not very good at any of them. I've been a member of B/R since August of 2012 which was my sophomore year in high school. Since then I've made a good number of friends here and I've had a lot of fun here. I love rock music and for some reason I now am now obsessed with Snapchat too. I don't know what it is but I can't stop using it now. My favorite TV shows are Arrow, South Park, Family Guy, and Big Bang Theory. I've planned on watching popular shows like The Walking Dead for a while but haven't had the time to start. Probably something to do in the summer. Finally, I can't forget about my biggest accomplishment, which was starting the spamming of keyboard art in the comment section a few years ago with the truck. If you want to use it please do, it adds a little flavor to everything you do online.

Accomplishments:
Member of the D-Crew
4 time fantasy card champion
1 time Intercontinental champion on the Reel(current)
Slammy award winner for talker of the year and promo of the year

Random Thoughts:
Stephen Curry is a man
Brock Lesnar even being slightly unhappy about something is enough to send me running to a room with a lockable door.
I have no idea where my profile picture is from. But it looks pretty damn cool doesn't it?
Mistakes aren't always bad things. They become bad when you don't learn anything from them.
Twitter is hilarious during the playoffs of any sport.
I sometimes wonder what happened to the people who used to hang out here.
You never really know what you have until it's gone. In the rare chance you do, hold onto it forever.
Youtube will always find some way to entertain you
Why doesn't Bad News Barrett give bad news anymore?

Matt does not have any awards.