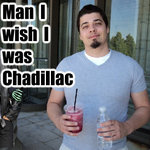 I am a graduate of Miami University in Oxford, Ohio with a B.A. in History and a focus in American Constitutional Law. I am a fanatical follower of Michigan Wolverines football with an assortment of aspirations. I love analyzing and writing about sports, and hope to one day be able cover my team at a closer proximity. I also love music and I have a unique talent for hip/hop and r&b that I am developing in my spare time. I love sports, music and comedy as well, with a knack for imitating celebrities. My dream career would be to work as hard as I can to be a college football analyst, and be involved in the sport in any way shape or form. I put a great deal of work into my articles, and I'm still trying to hone my craft as a writer to be the best I can possibly be...ultimately though, beyond being fairly analytical I am an entertainer who loves to creatively and passionately stimulate people into new ways of thinking and feeling. I believe most 'artforms' aren't just art, however, they are a science...so I'm more concrete than I am abstract in my thinking. I am very driven about something if I love it, like writing about college football for example. Anyways, anything else you want to know just ask me.