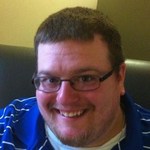 My name is Doug Rush. I am 29 years old from Toms River, New Jersey.

After four years as the Featured Columnist of the New York Giants and New York Yankees, I have decided to leave Bleacher Report to pursue other options in sports writing.

So now, as of March 2013, I will be writing for Giants 101, www.giants101.com, covering breaking news and feature stories solely on the New York Giants.

As of May 2013, I will also be writing for Yankees 101, www.yankees101.com, covering the same kind of stories on the New York Yankees.

Both Giants 101 and Yankees 101 are sites under Sports Media 101, www.sportsmedia101.com. Sports Media 101 was just featured in the New York Business Journal as one of the next up-and-coming sites: http://www.bizjournals.com/newyork/news/2013/05/21/nyc-based-sports-media-startup.html

I leave B/R as its No. 1 Yankees and Giants writer by an extremely wide margin, an accomplishment I was very proud of.

For the fans who followed my work for four years, I thank you all for your support and hope you continue to follow me on Giants 101 (if you're a die-hard fan, you should already be clicking the link to go there).

Some of my accomplishments from B/R include: