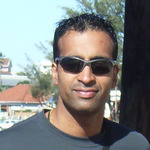 My blood is green! I love all sport, but rugby is my passion.
I support any South African team, and the Springboks and Bulls are my favourites.
I use to be a physio for elite sporting teams, which gave me a great insight into the psychology, mindset and behaviour of top sports stars.
I have played top level hockey, and now my own exercise is focused on long distance running.