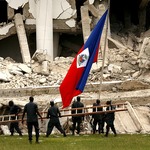 THE FUNNIEST SPORTS RELATED YOU TUBE VIDEO EVER! http://www.youtube.com/watch?v=yiJwoNSLRwg&feature=player_embedded

I won't be posting much for the foreseeable future, as I'm spending most of my time writing political and video game-related articles for other blogs. Feel free to post anything on my BB.

Anthony Emerson was born December 1st, 1994 and is currently 16-years-old. Emerson was raised and currently lives in Portland, Maine to Irish/Italian/German/English parents. He'd be a registered Democrat, if he could actually register to vote. His political views are fiscal centrism with social liberalism, and his profile pic is the National Flag of Haiti being raised over the Presidential Palace in Port-Au-Prince by Haitian soldiers, one week after the earthquake there.

Emeson is a diehard Red Sox, Nationals, Bruins, Celtics, and Raiders fan. He is a Boston sports fan, but the Raiders and Nats are thrown in there cause he loves an underdog. He also like to watch the Patriots, because of Tom Brady and Wes Welker. But he can't stand the Steelers, and Colts, because he hates teams that NFL analysts constantly talk about on ESPN (except for the Patriots).

You'd probably think that he'd be an LA Laker hater, but he actually likes the Lakers more than some teams in the NBA. Teams he hates are the New York Yankees, LA Angels, Tampa Bay Rays, Indianapolis Colts, Jacksonville Jaguars, Montreal Canadiens, Toronto Maple Leafs, Phoenix Coyotes, Dallas Mavericks and Detroit Pistons, Oklahoma City Thunder (he thinks that the Thunder should still be the Seattle SuperSonics).

He tries to watch ever Red Sox game because he has an absolute need for sports information. He tries to memorize every stat and read ever article. He tries to do the same for the Celtics, Bruins, and Raiders, even though getting Raiders coverage in Maine is incredibly difficult.

He fell in love with sports during October of 2003 when he was eight-years-old. He tried to watch as much of Game 7 of the 03 ALCS as possible. He woke up the next morning, ran into his father's room, and asked him what happened last night, and when he said that Aaron Boone had homered in the 12th, sending the hated Yankees to the World Series, he broke down and cried. During the 03-04 offseason, he read up on baseball as much as possible, and I think that it was destiny for me to fall in love with baseball right before the Sox reversed the curse in 2004.