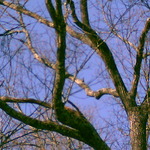 To all my loving fans...

You are smarter, better looking, wealthier and more well-liked than I am, and you've told me so on multiple occasions. I probably dropped out of school in kindergarten to sell tickets to the flea circus, and my kids all probably hate me for abandoning them before they were born. At age 40 I moved back in to my Mother's basement to restart my aligator-sweat-scented candle-making business. I can only hope to one day be lucky enough to stand in the shadows of all your great achievements in life. Can I tell people you are my friend?