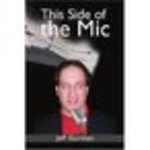 Jeff D Gorman has been a sportscaster for 19 years. He is an MMA specialist and also excels as a pro wrestling announcer.

Jeff graduated from Northwestern University, where he announced baseball, including Northwestern's appearance in the Big Ten playoffs. He also covered Wildcats basketball and football, as well as the Virginia Slims pro women's tennis tournament.

Jeff returned home to Northeast Ohio, where he is a lifelong fan of the Cleveland Indians, Browns, and Cavaliers. In 1994, he started his journey as a pro wrestling announcer in the American States Wrestling Alliance.

Jeff then worked for the top two promotions in the Pittsburgh area, Steel City Wrestling and its successor, International Wrestling Cartel. He also announced in Chikara, Far North Wrestling and APWF 2000 before completing his trip across Pennsylvania to Ring of Honor.

Jeff was involved in 10 of the first 50 Ring of Honor shows. Most notably, he did play-by-play for Glory By Honor, All-Star Extravaganza, Scramble Madness and Night of the Butcher. So, he called the ROH debuts of promotional icons CM Punk, Samoa Joe and Colt Cabana.

In baseball, Jeff called the action on TV for the Canton-Akron Indians and Canton Crocodiles.

Jeff also wrote a book about his announcing adventures called "This Side of the Mic." He would be happy to personally autograph a copy for you.

Just send him an email at jeff@mmaspecialist.com and put This Side of the Mic in the subject line. Ask for the Bleacher Report discount and send a link to your b/r profile.

After writing the book, Jeff made the transition to announcing mixed martial arts. He called play-by-play for Fightfest on the Cleveland Indians' network, Sports Time Ohio.

Jeff went on to call a global pay-per-view called "Moosin: God of Martial Arts," which featured Tim Sylvia vs. Mariusz Pudzianowski in the main event and a dynamite battle between Roxanne Modaffieri and Tara LaRosa on the undercard.

Jeff also blogs about athletes with disabilities for http://www.themobilityresource.com .

When Jeff isn't editing, he helps his wife homeschool their only daughter. His favorite pastimes are vacationing with his family and dating his wife.

If you need a freelance writer/editor or broadcaster, e-mail me at gormanwriter@yahoo.com - thank you! You can also enjoy my announcing right here: http://bit.ly/PqxwrE

Jeff is currently campaigning to be the first announcer to take TNA Impact Wrestling's Gut Check Challenge. Check out his video here: http://bit.ly/QJYqjI - Then go to Twitter and tell @IMPACTWrestling to #makeroom4Gorman