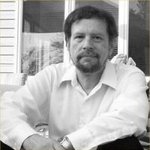 Worked for many years, side by side, with legendary Pittsburgh icon Myron Cope at Pittsburgh Steelers Headquarters covering the NFL Draft. I was the first writer to interview Bill Cowher, live at his very first Steelers press conference. I have a 2 hour annual NFL Draft Preview TV Special, picked up by Fox Sports Net.

Contributing writer for Kansas City's official Warpaint Magazine, which is an advocate for creative and original writing, making them very unique and truly proven that traditional sports writing is still alive and well.

With technology being what it is today, most people have plenty of time to read. Anything else is nothing but superficial catch phrases. That's your new world age writing. Commentary and free expression have become obsolete. What a travesty.

Over my lifetime, I have had interviews with celebrities ranging from Bob Dylan to Charles Bronson, and won many awards. Pitched one year of Minor League baseball for the Montreal Expos with HOFer Gary Carter as my battery mate. Devoted most of my life working with Crippled Children and their families.

I have been a diehard Chief fan for decades now and remember every draft, every regime change, and fan reaction, but I have learned that the quote "HOW USELESS IS WISDOM WHEN IT BRINGS NO PROFIT TO THE WISE" is true in every way, and so sad for it only brings big profit for a select few that are undeserving.

I would like to give a big "thank you" to those listed as fans of mine. I had forgotten I had so many. You are all truly special to me, many of whom I have gotten to know quite well. I appreciate your support, especially when I was an active writer. I have contributed a lot of time, writing 75 articles over the years, (Some good and some fair) like everyone else, and are one of the few with enough integrity to say it.

Had some heated debates over the years. I have little respect for writers who are so vain, they label themselves as their "Favorite Writer". That's not confidence, its arrogance and self obsession, especially when they have no idea what they are talking about, and lead to delusional thinking about "stalking" behavior. That leads to credibility issues, and all the style and "state of the art" gimmicks in the world will never replace one's character.

In the end, good sense and journalistic acumen win, not smoke and mirrors with flair. People will devote time to read that which is credible, not diluted for the sake of time. Pulitzer prize winning author Rod Serling once said "People should care more about quality of content and not be obsessed with "run on" sentences. He was right, and has the body of work to prove it.

I am a big fan of James Adkins, Shannon Hollenbeck, Bill Robbins, Russell Fike, Derek Estes, and other writers who, in the early stages of infancy on this site, and years of contributions (along with mine), helped lay the foundation for others to follow and financially benefit from. They should never be forgotten. They believed that integrity should not be compromised, and they are all true heroes in my eyes. They will forever be my friends.

I have been "official fans" of over 200 people, some of whom only comment and don't write. I admire their intelligent insight and want to give find a way to encourage them and root for them, no matter what their situation. Rarely have I gotten a "thank you" in return, despite being for some, their ONLY fan, but in truth my giving has been unconditional. Please feel free to look over my body of work which is archived.

Things that I learned over the years is there is no substitute for experience. Older writers should be considered a valuable resource instead of a liability. Age is a positive, not a negative. Age discrimination is not only unethical but illegal. Makes you wonder when older writers seem to disappear from certain blog sites. I would rather hear stories of people who actually remember rather than young writers who have to look up names on Wikipedia because they have no knowledge of history.

If you are going to write or voice an opinion, make sure you know what you're talking about. I think one could apply that message to all areas of life, not restricted to writing by any means. Creativity is the key to writing, otherwise people will tire from formula. Surprise as a writer, and you'll surprise yourself. Don't be predictable. Be yourself. Write in the truest of forms.

I wish good luck to all the young writers. Don't be discouraged by rejection. It comes with the territory. Integrity is all that matters in the end. Nobody can ever take that away from you. Technology has come long way, but flash will never replace substance. Respect others, and if they have knowledge that few younger people have, give them the benefit of the doubt

Don't leave me messages by the way, because I can no longer address them, although I would like to. Thanks