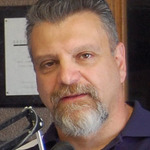 I write for Central Mass News/The Millbury Daily Voice as a reporter as well as for PatsFans.com. I formerly wrote for isportsweb.com covering the New England Patriots. I am a former Officer and NCO from the US Army Special Forces.I have worked as a Security Manager for the film industry.
I have followed all of the local Boston sports teams since the 1960's. I went to my first Patriots' games at Fenway Park and Harvard Stadium, back in the days before they had a permanent home.

Steve does not have any awards.