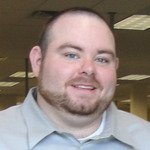 I'm currently on a short leave from writing for B/R but will be back soon - until then, enjoy my bio:

I've been a football fan since my dad put one in my hand, a writer since I learned how, and a leader since...well, leaders are just born.

All grandeur aside, here's my B/R Cred:

Outside the B/R World, I'm a native New Englander (if you consider the last county on the border of CT and NY "New England") that has spent time in Philly and Orlando and is now back in an Empire State of Mind. I've been in the sports media biz for a decade now, and have worked for (or currently do work for) World Wrestling Entertainment, the VERSUS Network, Kappa Publishing, and a few small independent websites/newspapers. Quite the ride.

I root for the Yanks/Rangers/Knicks, the Eagles (ever since my dad bought me Tecmo Bowl but wouldn't let me use the Giants), and Florida Gators Football. I'm a Temple alum, so I also support the Owls in every endeavor (even though the football team won 11 games in my 4 years, and the hoops team went almost a decade without going to the tourney).

I also play way too much slow pitch softball, golf, and league darts than any normal 30-year-old should, but I balance it out with beer pong and Guitar Hero, so it works out in the end.