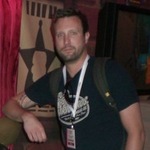 About my B/R past:

I was an NFL Featured Columnist (FC) and a Cleveland Browns FC.

I exclusively covered the Hall of Fame game in Canton for Bleacher Report on August 8, 2010, as a fully credentialed member of the media.

I have had many articles published on or linked to sites including: NFL.com, CBSSports.com, LA Times, USA Today, Seattle Times, SF Gate, Yahoo! Buzz, National Football Post, Philly.com, and Cleveland.com to name a few.

I am a double-major in journalism and digital media at Cleveland State University (Dec. '11) and projecting to graduate with honors.

I was the Editor-in-Chief and sports editor of the CSU newspaper, The Cleveland Stater.

Finally, I was a guest writer/contributor for National Football Post in their Daily Jolt freelance section. During that time I had an article mention and link in ESPN.com's Insider page.

I live in Lakewood, OH, which is 10 minutes from Downtown Cleveland, with my girlfriend and two cats that love to play fetch. (You heard that right...cats that play fetch...crazy isn't it?)

I have been a die-hard Cleveland Browns fan since my early days of growing up in the late-70's and early-80's and I truly believe that there is no greater fan base in the nation.

I remember attending my first Browns game at old Cleveland Municipal Stadium and I was seated in the lower deck behind one of the infamous pillars that blocked your view from only certain seats throughout the stadium. But the excitement and atmosphere of a live football game was one of the most memorable moments of my youth.

Side note: In lieu of Queen James leaving the Cavs, I am now a born-again Cavs fan because I want to see them succeed without the Queen out of pure spite for what he has done to humiliate the city of Cleveland to a worldwide audience on ESPN.