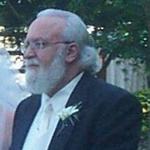 It was 1946, and the month before I turned 4 years old. World War II was over and the Bay Area was hungry for football. The new SF team was named the 49ers and would be practicing at the Polo Field in GG Park. My dad and I walked there from our home just a couple of blocks away and I was hooked. I saw my first game in 1947, and have loved the Niners ever since. My uncles had season tickets the first season and that continued for many years. I guess if you add the four years in the AAFC with this, the 60th anniversary of the Niners in the NFL, I'm starting my 64th anniversary as a Niner fan. That means I've seen every player and coach on every team in 49er history. Wow!

I was very lucky to grow up in the Bay Area. Not only was I able to see the 49ers from the very beginning, but I got to see Bill Russell play all of his games at USF. There was nobody like Bill. When the Warriors came to town we had Wilt, Nate Thurmond, Rick Barry and Guy Rodgers.

Of course the Giants came to town in 1956, so I had the pleasure of watching Willie Mays, Willie McCovey, Orlando Cepeda, Leon Wagner, Felipe Alou, etc., in old Seals Stadium at 16th and Bryant Streets. A higlight was going to a game against Philadelphia one night at Candlestick, and watching Juan Marichal pitch his major league debut, a 1-hitter. Clayton Dalrymple hit a lazy popper off the handle of his bat for the only hit.

Playing golf at Harding Park and/or Lincoln Park was a real treat. I got to know Kenny Venturi and Harvie Ward, played with several 49ers including Joe Perry, Jimmy Johnson, Johnny Fuller, as well as with Ollie Matson. Grew up playing with eventual Masters champion, George Archer, Publinx champion Bobby Lunn and I faced off on TV in the old California Golfers series hosted by former 49er radio announcer, Bud Foster. I used to drive my little brother and Johnny Miller to junior golf tournaments. Lots of memories.

Living only a few blocks from Washington HIgh School, my dad used to take me to see a guy whom he said was the best high school football player he had ever seen -- Ollie Matson. Then, at my athletic awards banquet at CCSF, we were honored to have Bob St. Clair as our guest speaker. He obligingly wolfed down a raw steak to the delight of everyone. Seated on the other side of Bob was O.J. Times were a bit different then. Great memories.