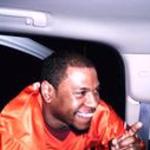 Hey everyone, glad you're taking some time out to read some of my stuff.

I'm doing this because like most other Browns fans, I live and die with this team on Sundays during the fall. I'd love to have a chance to cover these guys one day, but even if I don't, I could write articles on them for fun. Maybe at some point I'll expand to other sports and possibly even other teams outside of the three Cleveland squads I love (Cavaliers, Browns, Indians).

I grew up Canton Ohio, home of the Pro Football Hall of Fame. I attended GlenOak High School, where I was a two year starter on the varsity basketball team in 2000 and 2001.

I graduated in journalism from the University of Cincinnati in 2007, where I was the sports editor of the school newspaper for two years and covered all the sports the school has to offer.

Again, thanks for checking out my stories, and hopefully I'll producing a lot more good stuff for you guys to read in the future.

Eric does not have any awards.

Eric is not a member of any communities.

Eric does not have any favorite writers.