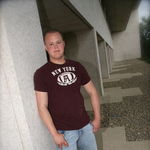 *My first article published in the Regina Leader Post: http://www.leaderpost.com/sports/Lechner+good+head+coach/1978139/story.html*

I aspire to be a sports journalist.

During the summer, I got a job with the Regina Leader Post newspaper. I have been working their for a couple of months doing local sports roundups and recording scores. I never though I would have a job at a newspaper in my first year of university.

Recently, I had my first every article published in the paper: http://www.leaderpost.com/sports/Lechner+good+head+coach/1978139/story.html

I am also proud to run a Canadian Football League online magazine called Fans of the CFL. The magazine includes many writers from Bleacher Report's CFL section.

For links to each issue check out our site: http://fansofthecfl.blogspot.com/

I have a great passion for sports, the Canadian Football League in particular. My favourite team is the Saskatchewan Roughriders and one of my proudest moments was when they won the Grey Cup in 2007. On Bleacher Report I foucs on the CFL and I am currently the number one ranked writer.

Before I got so busy with school and my job at the Leader Post, I wrote sports columns for a number of sites such as www.riderfans.com, www.riderprider.com, http://www.sports-central.org/ etc.

However, I plan to create a blog about the Canadian Football League where I will post frequently. I am also still working on a site to display all of my journalism work.

Currently in my first year at the University of Regina, I plan to enter the school of journalim in my third year. I currently write for our school newspaper the Carillon as a freelance writer. I have just started writing a weekly column about the Saskatchewan Roughriders.

I hope you enjoy my work, and if you have any questions or comments, sned me an email at roughriderfreek@hotmail.com.

Jonathan does not have any awards.