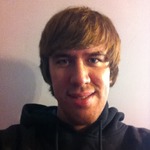 As long as I can remember I've loved sports, and when professional baseball player didn't quite pan out as a career path (though I'm still holding out hope for a Jim Morris-type comeback), sports writing became the next best thing to being on the field.

I worked as a stringer at the Elgin Courier News of Sun-Times News Group from 2006-12, covering anything that falls under the scope of "high school sports". That meant everything from your standard basketball and football game to cross-country meets and volleyball matches, and everything in between.

While the local sports scene was fun, there is no question my dream job is covering Major League Baseball, and Bleacher Report has afforded me that opportunity.

I began writing for B/R not seeking employment of any sort, but simply looking for an outlet where I could hone my writing skills and get some feedback from the sports fan community.

In any event, I published my first article on April 29, 2009 back when the site was still finding its footing and I was thrilled to see it read by literally hundreds of people over the course of a few weeks.

I'm thankful for everything I've gotten so far out of my time here at B/R, and I look forward to watching the site continue to grow.

Now to brag about myself with a series of numbers and dates:

7/12: First 1 million read month by an MLB writer
4/13: Featured Columnist of the Month