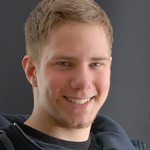 Sveinung, who is known as Aaron Young at Bleacher Report, is a Norwegian psychology student. He currently attends the northernmost university in the World – the University of Tromsø.

Aaron Young is a pseudonym that was created when Sveinung was trying to establish himself as a writer at Bleacher Report. The idea was that it would probably harder to gain acceptance within the communities if he did not wear a foreign name.

His educational and professional goal is to earn a PhD in psychology to eventually establish his own clinic. However, during the time he has been writing articles for Bleacher Report, he has also found an interest in journalism.

At Bleacher Report, Sveinung has been one of the writers selected to the team of writers to cover both the NFL draft and the NFL Free Agency.

He has a tendency to write strongly opinionated articles along with bold predictions, and he often uses stats to back up his points.

Sports is not the only activity that captures his attention. He is also an active politician and tries to get to know everything that has to do with human behavior.

He is also glad to accept emails at sveinung.loefaldli@hotmail.com in case you in any way need to contact him, want help on an idea or would like to suggest a topic he can write on.