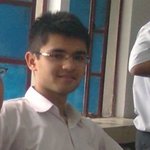 Hemant has been a writer for Bleacher Report for over five years now. He served as a B/R Featured Columnist between August 2011 and May 2014, and has also been published on The Football Asylum and University Express.

An ardent follower of Football (Soccer, as Americans know it), Cricket, Tennis and Formula One, he also likes to keep a close eye on the latest happenings in the NBA.

In spite of it all, he is in fact a Math graduate from the University of Delhi. Contrary to popular belief, he is not your typical nerd.