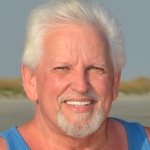 I live in West Virginia and love to talk baseball. I am always ready to express my views and will not back down from a debate about sports. I was Old School before it became trendy. My favorite teams are the Cincinnati Reds and the Washington Redskins. I love baseball, football, college basketball, boxing, UFC.

Find more articles on my MLB Blog - http://redstothebone.mlblogs.com
Follow me on Twitter http://twitter.com/RedsToTheBone
You can also catch up with me at http://blogredmachine.com/author/cliffeastham/