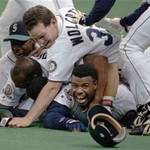 Seattle is a 25-year-old Seattle native who worships sports. He is the founder, editor, and lead writer of SeattleSportsnet.com, and likes to refer to himself in both the second and third person. Seattle wrote this himself.

Seattle is not a member of any communities.