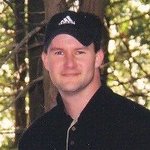 First and foremost, I'm a husband to a beautiful wife and father to three great kids.
Born in southern California, I'll always be a fan of the Angels, Lakers, and USC. With a family originally from Lincoln, NE; I'm also a lifelong fan of the Nebraska Cornhuskers. We moved to Kansas City when I was ten years old, and I've been a Chiefs and Royals fan ever since.

James is not a member of any communities.