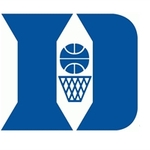 I'm a bit of an old timer but I've been a basketball fan ever since I can remember, and have been a Duke fan going back to Johnny Dawkins ... and along with all college basketball aficionados, I've experienced the highs and lows of each and every season since !!!

I am not a HOMER and on those occasions where Duke has been eliminated, I have ardently rooted for the other ACC teams left ... even if it is UNC !!! I earnestly believe that rivals do not have to be enemies !!!

I also am not fond of HOMERS who are myopic in their view of the program they support because that is not realistic, nor fair to anyone else competing in the same arena !!!

I rail against anyone who uses the word "HATE" to describe their feelings for another team, player, or conference because sports are supposed to enhance our lives, not become a way of life !!!

I adamantly believe that the "one-and-done" recruit is an anathema to college basketball as it flies in the face of the Student-Athlete relationship on which all college athletics is based !!!

I believe that Coach K has already distinguished himself among the greats of the college game and that includes the likes of Dean Smith, "The General", Louie Carnesecca, Roy Williams, & Tom Izzo !!!

I am also a fervent fan of Dick Vitale, and believe he has done more to promote college basketball than any other personality in memory !!! College Basketball has come a very long way since I was a kid and Dickie V has been a prime mover in what the sport has become today. The fact that he is a Duke fan is just icing in the cake !!!

Each year for the last 30+ years I have run a "Bragging Rights" pool which is unlike any pool you have every experienced ... It is extremely difficult to win and to prove it, no one has ever won it back-to-back ... and I've only won my own pool three (3) of those years !!! Each year the winner has won "bragging rights" and something from Dickie V's collection because of his tireless efforts in support of the Jimmy V Foundation !!!

I hope you enjoy my contributions, but I must warn you that I tend to say things publicly that most people only whisper about @ cocktail parties ... You may not always agree with me, but you will always know where I stand !!!

UPDATE: In July of 2009, I was blessed with a Liver Transplant @ UPENN in Philadelphia, and after a number of months of recuperation, I am better than ever with a new lease on life !!!

I requested that B/R allow me to publish an article telling my story and encouraging everyone to consider Organ Donation once they were finished with their organs ... Unfortunately, while promised, B/R never even gave me the pleasure of a decision !!!

I most heartedly encourage everyone to embrace Organ Donation by indicating so on your Driver's License and letting everyone know your intent ... a "Living Will" is not a bad idea either !!!

If someone had not done so for me, I'd not be here today !!!