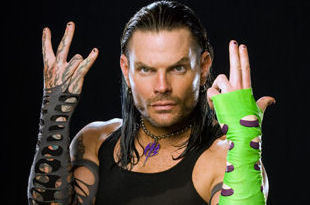 Daniels Talks shop with the Sun

WWE U.S. champion Daniel Bryan was interviewed by Tim Baines of the Sun. He spent a little time promoting the upcoming WWE shows in Canada. Here are highlights of Bryan’s interview.

Bryan on his early troubles with Nexus: “I had never had to work on a PG show before, I got caught up in what I was doing. I got to the back and they told me that we weren’t allowed to do that kind of stuff.”

Bryan on his release: “Vince called me himself and explained they were letting me go because they were a PG company and they couldn’t have that kind of behavior. … I was obviously devastated. For the next 24 hours, I thought, ‘What am I going to do.’”

Bryan on getting the call to comeback: “I was at the vet, ready to foster a really fat beagle. And I got a call from (WWE VP of talent relations) John Laurinaitis saying they’d like me to come back. It was amazing.”

Bryan on his Summerslam return: “I was really nervous coming back, at Summerslam. I was going to be the seventh guy (on Team WWE vs. Nexus). It was a big spot to be in. Summerslam was the highlight of my career to that point.”

Bryan on his future goals with the WWE: “I want to main event WrestleMania. The main event in the biggest show of the year. That’s the apex of anybody’s career. But I know that a lot of people have had that goal and a lot of people never got there.”

Jeff talks about his Brother and fatherhood

Jeff Hardy recently caught up with the Daily Star. They talked about Jeff becoming a dad and his brother’s troubles in the WWE. Here are the highlights of the interview.

Jeff on how Matt was dealt with: “I’m not going to give WWE their props for the way they’ve dealt with Matt,”

“He is such a giving talent, ready to do anything for them, and he’s been given the run-around. They’ve treated him like shit. I think if he came here, you would see the happiest, most dangerous and exciting Matt Hardy you’ve ever seen. I hope that they let him leave and he shows up here any day now.”

Jeff on becoming a dad: “I’m looking forward to the second stage of my life,” Hardy said. “We’re keeping the sex a surprise.” To read the full interview, visit DailyStar.co.uk

Waters was released last April from her WWE contract shortly after her “brother” Paul Burchill was released.

This is exciting news for wrestling fans, because Burchill will be working for a company that takes women’s wrestling seriously and puts strong value on the Knockouts. Burchill has always been seen as a good worker, and on a personal level is a favorite of mine.

Burchill will very likely debut with a new name but we’ll finally get an opportunity to see her really wrestle.

Ring Rap is on the look for new writers. So if you would like to have your work put up on a new site just let me know. We can either set you up with an account. Or if you prefer I can copy and paste your read, and of course you would get the credit. If your interested PM me or email me at mhester@ring-rap.com.

You can also hear my weekly radio version of ring rap on Monday night between 6 and 8 on http://www.allnoiseradio.com/

Here is the link to my web site http://www.ring-rap.com/